Mass Spectrometry: The Only Answer for America's Pain Problem 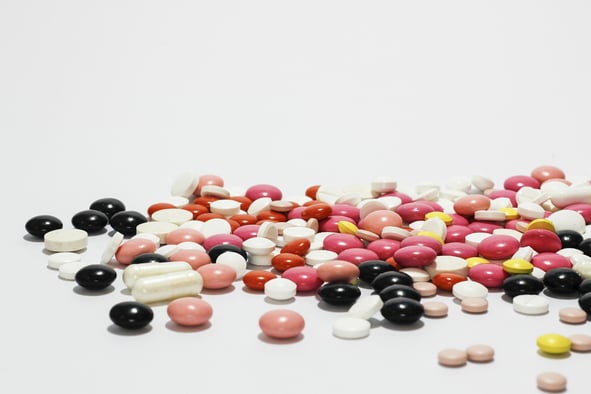 In a recent Wall Street Journal article, it was reported that Millennium Health, the nation’s largest drug-testing laboratory, is negotiating a settlement of approximately $250 million over allegations that it billed the federal government for unnecessary tests, which included charging for “high-tech” tests meant to confirm the findings of cheaper, “simple” drug screenings even when those screenings produced normal results. The article focuses on the benefits and drawbacks of changing the Medicare payment system to discourage over-utilizing high-tech tests, and in doing so it overlooks a vital point: there is no reliable simple method for comprehensive drug monitoring. High-tech is the only option.

According to TIME Magazine, an estimated 100 million Americans suffer from chronic pain, with a quarter saying it is severe enough to limit their quality of life. For most of the 20th century, these patients would receive little more than over-the-counter drugs like aspirin to ease their pain. More powerful painkillers like codeine and morphine were viewed as dangerously addictive, meaning that only those suffering from terminal ailments were given access to opioids for long-term use.

In the late 1980s, however, this started to change. Research suggested that millions of people might be suffering needlessly and that a person in pain might be able to safely take opioids for months or even years without becoming addicted. Drug companies latched onto this research and put pressure on the FDA to widen access to powerful painkillers. With an absence of reliable studies proving that opioids weren’t addictive or harmful in the long-term, the FDA extrapolated short-term studies to support extended use and began approving opioids for long-term pain management by the mid 1990’s.

Over the next 20 years, the FDA approved more than two dozen new opioid products for treating long-term pain, paving the way for organizations like the Federation of State Medical Boards to issue new guidelines for doctors, declaring opioids an essential method of treatment for chronic pain. The new philosophy toward pain management gave millions of suffering people access to prescription drugs that allowed them to live functional, pain-free lives, but also created an epidemic: by 2011, prescription opioid overdose was killing 17,000 Americans per year.

Today, it has become increasingly important for physicians in pain management and drug rehabilitation programs to ensure that patients are complying with treatment plans and aren’t taking non-prescribed or illicit drugs which may cause dangerous drug-drug interactions. Physicians also have to monitor for patients that self-adjust dosing schedules to either divert pills to sell or stockpile them to later take higher doses.

Unfortunately, physicians are limited in their ability to objectively assess whether patients are compliant with dosage recommendations. Immunoassays, the most widely-used tests, are typically unable to distinguish between compounds within the same drug class like codeine and heroin and sometimes result in non-specific antibody bonding, which can lead to false-positives or false-negatives up to 20% of the time, according to the American Journal of Health-System Pharmacy and Johns Hopkins University.

The most reliable, accurate, and reproducible method of unambiguously identifying and quantitating drugs is mass spectrometry, which can detect the molecular composition of any compound in a sample. According to Andrew Hoofnagle, director of clinical mass spectrometry at the University of Washington, “Immunoassays are fraught with errors the mass spec can actually solve.” Mass spectrometry has the ability to simultaneously scan for hundreds of compounds in a single sample, including detection of drug metabolites, which can show if a patient actually consumed a prescribed medicine or not. A mass spectrometer’s ability to detect substances at the parts-per-billion level also significantly reduces the number of false-positive and false-negative results.

While high-tech tests involving mass spectrometry are indeed more expensive, alternative testing methods are less accurate, less reliable, and oftentimes incorrect. Mass spectrometry testing is the only way to measure the precise contents of a sample and therefore provide the most complete and accurate patient profile for physicians. Vilification of these tests is a counterproductive and potentially harmful act for a solution that is in the best interests of patients seeking help, physicians performing treatment, and a government trying to relieve its population of a serious drug problem.

Sounds great, but you want to hear more?